Watch this mini-documentary about Viper's domination of early ALMS

John Neff
If you were confused when we chose the 2013 SRT Viper GTS-R ALMS race car as the second-best debut (behind the 2013 SRT Viper production car itself) at the 2012 New York Auto Show, then maybe you're not familiar with the Viper's racing pedigree. Fortunately, the American Le Mans Series has produced this excellent mini documentary that helps explain why the Viper's return to racing is a very big deal.

While the Viper had been racing in various series both domestic and international before entering the inaugural season of ALMS in 1999, it began a streak in this fledgeling North American motorsport that was, in a word, dominant. During the 1999 season, Team Oreca won six ALMS races in a row in the GTS class with their Viper GTS-R racecar. The only reason the team didn't sweep the eight-race season is because they missed the first two races. Team Oreca and the original Viper GTS-R came close to sweeping the 2000 season, though, winning eight of ten races, only falling twice to their arch rivals from Corvette Racing. Their winning streak spanned two seasons and 12 consecutive races. They also won their class at the 24 Hours of Le Mans in 1998, 1999 and 2000.

Unfortunately, factory support for the program ended in 2001 and the Viper's dominance quickly evaporated as private teams could not match Team Oreca's OEM-backed success. Still, under the wing of Team Oreca and backed by Dodge, the Viper GTS-R amassed an impressive record of 16 race wins in 18 starts. And that's why the car's return to ALMS' GT class is a very big deal. Check out the video after the jump. 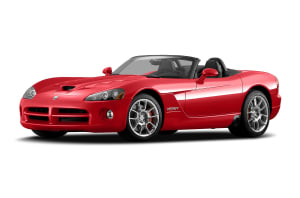