Subaru BRZ and Scion FR-S got you excited? Well, it appears the new Toyobaru twins might be moving the needle at other automakers, too. According to the Sydney Morning Herald, the pair may have challenged Nissan to once again reinvestigate its on-again, off-again plans for an affordable, lightweight sports coupe of its own. Nissan's Chief Creative Officer, Shiro Nakamura, says his employer is looking at downsizing its Z sports car, though it isn't clear if that would mean the Japanese automaker would field two separate Z models or just replace the current 370Z with a smaller, less costly model.

"I much prefer smaller sports car," Nakamura tells the Herald. "It is the time to look at that. With 370Z, we still don't know next generation will have a larger or smaller engine."

If Nissan were to reduce the size of the 370's powerplant, it would be the first time that model's displacement has dropped. Since the Z gets its model designation from the size of its engine (3.7 liter V6), Nissan could have a problem marketing a smaller Z called the 300Z, since the last time a new 300Z was sold in the States was way back in 1986.

More likely would be the revival of long-forgotten nameplates like 200SX or 240SX. Either would almost certainly be direct competition for the Subaru and Scion rear-drive coupes.

Nakamura reminded fans that even if the 370Z loses some cubic inches, Nissan will still have the young but already legendary GT-R. When asked if Nissan would be willing to support three sports cars, Nakamura says, "If there is a market, we will do it." 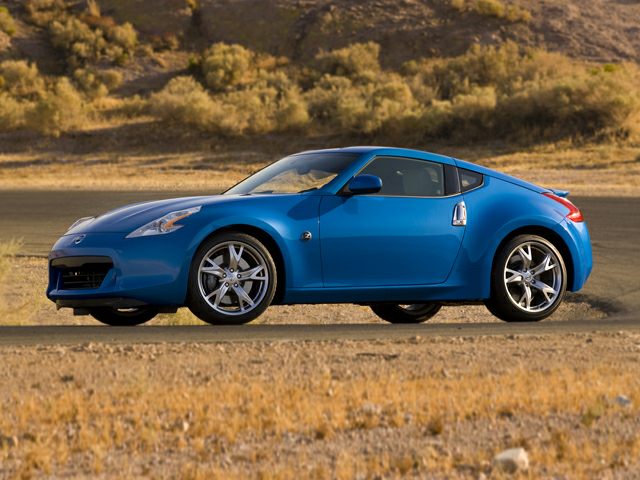