Not that we don't like the Land Rover DC100 Concept or anything, but this is the third version of the next-gen Defender that Land Rover has trotted out at an auto show in the space of seven months. (Never mind that it looks like they just repainted the Heritage Blue one from the L.A. show.) Forgive us, then, for wishing Land Rover would get on with it and announce that it's going into production.

But no. Instead, we get this: The Land Rover LR4 Luxury Limited Edition. With a mere 2,000 available worldwide, Land Rover seems serious about the limited part. A long list of unique trim pieces including "HSE Luxury" badging on the tailgate and interior finishes borrowed from the Range Rover should take care of the rest of the equation.

If you'd like all the details about things like "satin chrome" and "Havana" (that's a color, by the way), the full press release on the special LR4 is after the jump.

Better yet, check out the episode of Translogic where our sister site drives the DC100 – also available after the jump.

(NEW YORK, N.Y.) APRIL 3, 2012 -- Land Rover celebrated 25 years in North America during the 2012 New York Auto Show in New York City Tuesday at an exclusive night of luxury, history and design. Georgina Chapman, Co-Founder of Marchesa joined Land Rover to help celebrate this milestone at a VIP celebration where the 1987 Range Rover Classic and 2012 Range Rover Evoque were on display. NFL star Bart Scott and TV personality Kelly Bensimon, were also on hand and shared details of their own Land Rover vehicles.

Loyal customers and media at the event, held at The Park in New York's Chelsea neighborhood, were the first in New York to interact with the new DC100 expedition version. To celebrate the 25th Anniversary of Land Rover North America, Land Rover has produced an updated version of the DC100 Concept equipped for expedition use. The DC100 explores possible design directions for the future of the iconic Land Rover Defender.

Earlier in the day consumers were invited to an urban off-road adventure where they drove the 2012 model year vehicles at a custom-made course in the heart of New York City's meatpacking district. Heritage Land Rovers on display at the off-road course included: 1987 Range Rover, 1993 Land Rover 110, 1995 Range Rover Classic, 1995 Camel Trophy Discovery and a 1966 Series IIA.

"The outlook for the company in this its 25th anniversary year in the US is strong and deserving of recognition here in New York City, our largest metro Range Rover market in the world," said Kim McCullough, Brand Vice President, Land Rover North America. "With the renewed focus, enthusiasm and energy that the company holds for the brand, I have no doubt the next 25 years will be as strong as the last."

After being founded in 1948, the iconic Land Rover Range Rover was officially introduced to the United States 25 years ago this year in 1987. The Range Rover created a new automotive market segment: the luxury sport utility. At the time of its launch in 1987, the $30,850 retail price made it the most expensive vehicle of its type. In the past quarter century, the growth and acceptance of the Land Rover brand in the U.S. marks a true product and brand success story. That success is defined by loyal customers, a distinct authentic brand and consistent sales success. More than 575,000 Land Rover vehicles have been sold in North America since 1987 establishing the U.S. as the world's largest market for Land Rover's Range Rover SUVs and New York City the largest metro market.

The original Range Rover (colloquially known as the "Range Rover Classic") established a new market segment for dual-purpose vehicles that could go almost anywhere and has been the platform for numerous technological innovations in the industry. Its unmatched capability, rich heritage, and favored status among world leaders, entertainment personalities, athletes and design visionaries has established the Range Rover as a benchmark icon. Land Rover's latest success story is the launch of the award winning 2012 Range Rover Evoque, the company's lightest and most fuel-efficient SUV ever. The all-new Range Rover Evoque has received over 95 international awards including the 2012 'North American Truck of the Year' and the 2012 Motor Trend 'SUV of the Year'. The award winning Range Rover Evoque is currently sold out and expected to remain on backorder for the remainder of 2012.

The new Discovery 4 HSE Luxury Limited Edition is guaranteed to turn heads with a distinctive new exterior look. Bright silver finishing picks out the full-length roof rails and complements the Noble (satin chrome) plated door mirror caps, silver bonnet script and tailgate badge. The grille treatment is the opposite of the existing style, the grille surround and fender vents finished in Indus Silver and the grille vanes in body colour.

Subtle yet sophisticated detailing is carried through to the rear of the vehicle by a bright finisher along the sides and tailgate, completed by a bright, stainless steel bumper tread strip and a unique bright metal badge showcasing 'HSE LUXURY'. Door handles are in body colour and the exterior is finished off with a set of 20-inch, 10-spoke alloy wheels. Three body colours are available, Santorini Black, Orkney Grey and for the first time on the Discovery 4, Havana.

"The HSE Luxury Limited Edition is probably the most luxurious specification yet offered on the Discovery 4, with striking exterior treatments and colour choices allowing customers to stamp their own personality on the vehicle. The stunning equipment levels are backed up by rugged durability, great performance and high efficiency," says John Edwards, Land Rover Global Brand Director.

The interior of the Limited Edition boasts Premium Windsor Leather, showcasing Ivory with contrast stitch for the first time. The Arabica seat colour - inspired from the Range Rover, is a first for the Discovery. Customers will also enjoy an extended Windsor Leather Pack to the fascia top, instrument panel binnacle, door top rolls, armrests and pull, while the perforated leather heated steering wheel is finished in Arabica or Ebony with bright switch tips from the Range Rover Sport Autobiography. The interior detailing is complete with a new Dark Zebrano (lacquered dark brown wood) veneer and twist pile luxury carpet mats with contrast edging.

A host of feature upgrades are also available with this Limited Edition model, including the Harman/Kardon LOGIC7® Premium Audio system which provides a staggering 825W of power, and Xenon Adaptive Front Headlamps including Cornering Lamps.

The Discovery 4 Limited Edition is powered by the peerless 211PS 3.0 LR-TDV6 and 256PS SDV6 diesel engines. 0-60mph times are 9.9 seconds and 8.8 seconds respectively and top speed 112mph (180kph) in both cases. The engines are equipped with the super-efficient ZF HP70 8-speed automatic transmission tuned to improve efficiency and reduce CO2.

This Limited Edition model is also available with the superb 375PS 5.0 LR-V8, providing acceleration to 60mph from rest in just 7.5 seconds and a top speed of 121mph. This outstanding engine is equipped with the ultra-refined ZF HP28 6-speed automatic transmission The superior power and torque characteristics of this engine optimise both fuel consumption and CO2 emissions.

European markets and countries still conforming to EU4 regulations, will receive the 245PS version of the 3.0 LR-SDV6, equipped with 6-speed automatic transmission with command shift.

The premium interior and exterior enhancements to this Luxury Limited Edition model, paired with engines that combine efficient levels of power and torque, further consolidate the Discovery 4's position as the most versatile all-purpose vehicle on and off the road. 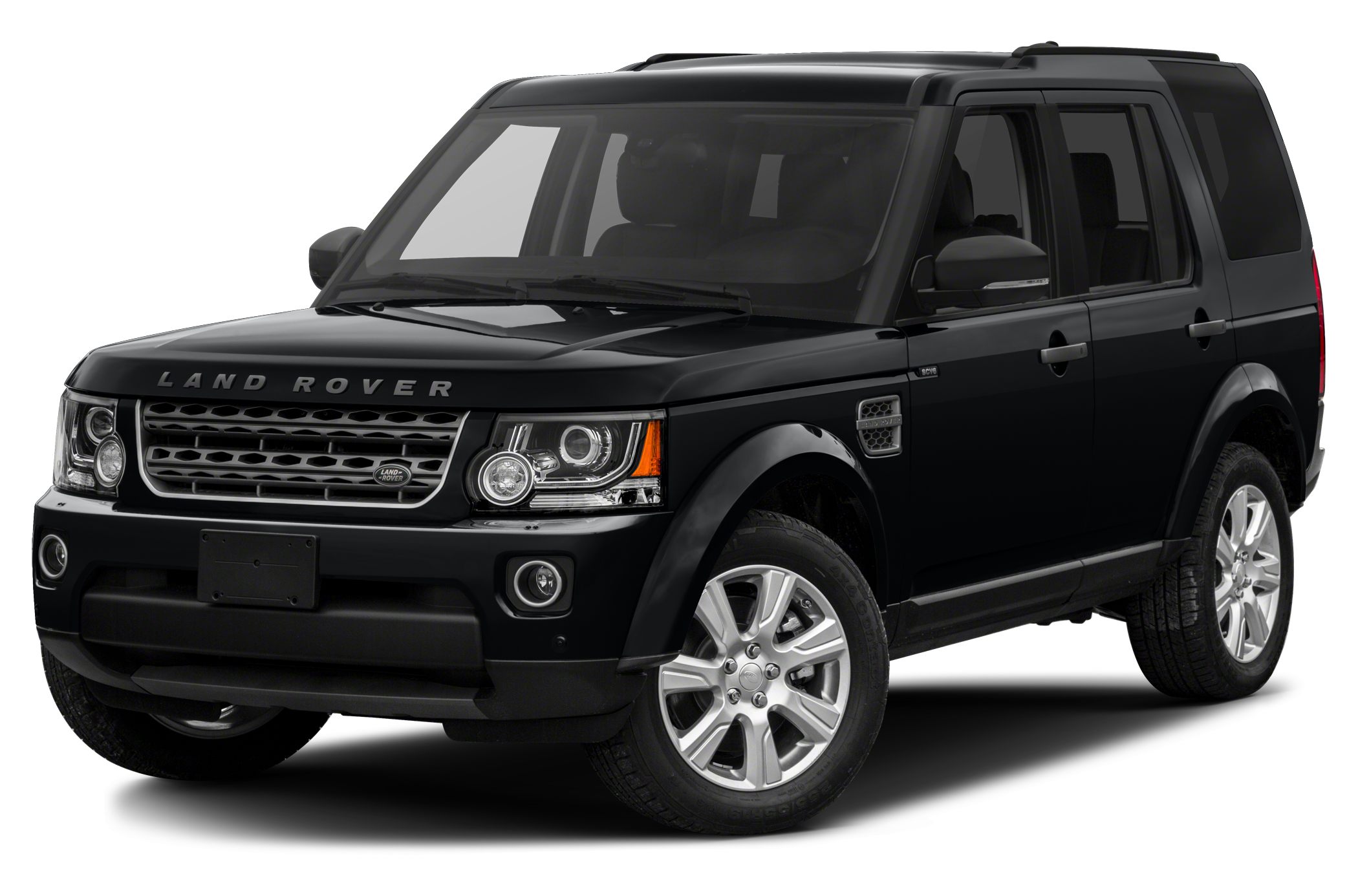