In an effort to appeal to a much wider range of shoppers, Chevrolet has announced that its turbocharged Sonic models will now be available with a six-speed automatic transmission. Up until now, manual-averse customers were stuck with the 1.8-liter naturally aspirated inline-four – by our opinion, the worse of the two engines offered in the Sonic.

Under the hood of the Sonic, Chevrolet's 1.4-liter turbo-four is good for 138 horsepower and 148 pound-feet of torque. That's seriously good power for the 2,700-pound subcompact, especially when you consider that when paired with the manual 'box, the Sonic carries EPA-estimated fuel economy ratings of 29/40 miles per gallon (city/highway). Of course, adding the automatic transmission reduces that economy, though the slushbox Sonic is still rated at a respectable 27/37 mpg.

The automatic Sonic Turbo is on sale now. LT models start at $16,835 for the sedan and $17,635 for the five-door, with the high-zoot LTZ trims commanding $18,625 and $19,325, respectively (not including $795 for destination). Hit the jump for the official press blast.
Show full PR text
Chevy Sonic Turbo Now Available with Six-Speed Automatic

Good news for the stick-shy: Automatic-equipped turbos are on their way to dealers

DETROIT – The Chevrolet Sonic's fuel-efficient Ecotec 1.4L turbo engine will now be available in either manual or automatic transmission, bringing the increased torque of turbocharging to drivers of automatics.

"Providing the option of a turbocharged engine to our non-stick driving Chevy customers allows us to offer everyone the thrill and power of a fuel-efficient Ecotec 1.4L powerplant," said Jim Danahy, vehicle line director and vehicle chief engineer for North American small cars. "Both in the Sonic and Cruze, the engine enables better fuel economy without sacrificing power or performance. It's really a winning combination."

Sonic's Ecotec 1.4L turbocharged engine and six-speed manual transmission achieved a 0-to-60 mph time of 7.8 seconds, according to independent AMCI testing – faster than the comparable 2012 Ford Fiesta, Honda Fit and Hyundai Accent. The Sonic with the turbo-automatic combination went from 0 to 60 in about eight seconds.

"Traditionally, turbocharging was used to enhance the performance of engines, but today it is as much about fuel economy as a 0-to-60 time," said Bob Benedict, assistant chief engineer for the Ecotec 1.4L engine. "The turbocharger provides high-pressure airflow for high torque to boost the vehicle and give the driver a fun driving experience with improved fuel efficiency."

The 2012 Chevy Sonic Ecotec 1.4L turbo six-speed automatic delivers an EPA-estimated 37 mpg highway and 27 mpg in the city, while the manual gets 40 mpg on the highway and 29 in the city. 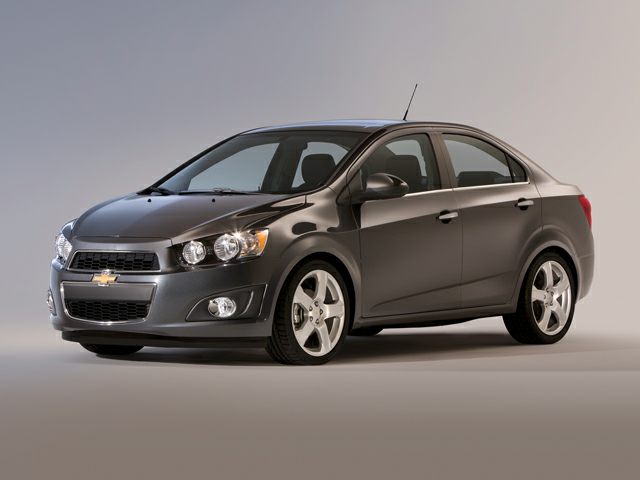