While it's not a complete redesign, Lexus has quite a few tweaks planned for its 2013 RX range. We got an initial glimpse of the crossover's new face via a grouping of leaked brochure scans, and now, it appears that some semi-official stock shots have hit the Interwebs prior to the CUV's debut at the Geneva Motor Show next week.

We like the look of the RX's new front fascia, but that's probably because we already like it on the CT, GS and LX, not to mention the forthcoming ES; it's that same pinched spindle grille with LED running lamps flanking either side. What's most interesting about the 2013 RX, however, is that an F Sport model (pictured right) will be produced, offering a sportier appearance that includes things like a new front bumper, honeycomb grille, larger wheels and tinted front and rear lamps, among other things.

The 2013 RX's interior is slated to get a decent overhaul as well, with a new center stack with an infotainment screen that's now recessed into the top tier of the dash. Expect both RX 350 and RX 450h models to be offered with their powertrains likely untouched from the current models, save a slight massaging or two. We'll have the full scoop as part of next week's Geneva madness. 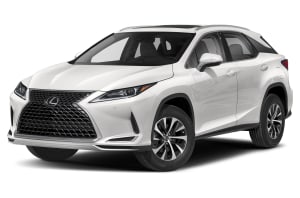 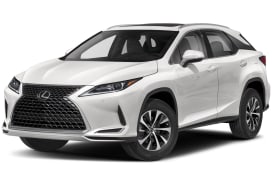 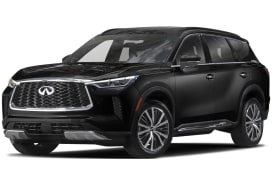 $35 - $459 Nat'l avg. savings off MSRP
See Local Pricing
I'm not in the market for a vehicle at this time. Please move this suggestion to the side for 30 days.
Huge Savings