Over on Twitter, we recently had a discussion over whether or not it was fair for the cinematic version of Dr. Seuss' Lorax to be out shilling for the Mazda CX-5. Turns out, we're not the only ones who question the logic here – the Lorax speaks for the trees, not Skyactiv CUVs, right? Seemingly of like minds, an organization called Rethinking The Automobile is circulating a petition to "Protect The Lorax" by pulling the "offensive" ads.

Rethinking the Automobile is a project of OpenPlans and their petition reads, in part:

in these advertisements Mazda and Universal claim that a new automobile is "Certified Truffula Tree Friendly" and imply an endorsement of their product by the cherished title character of "The Lorax." By airing these advertisements, Mazda and Universal have shamelessly turned a character who has inspired millions of children to care about their environment into a car salesman. Cars--even ones that pollute a little less--are neither kid-friendly nor good for the environment.

This movie Lorax's message, Rethinking The Automobile says, runs counter to "the spirit and message of Dr. Seuss' acclaimed book" and is nothing more than "crass commercialization."

The whole thing is blowing up on Twitter, too, thanks to the #savelorax hashtag and a creature for speaks for the petition, the Zozo. The Zozo is also into "smart transportation solutions including walking, biking, and transit so that kids can grow up in a world with safe, healthy, livable, walkable communities. Zozo works with kids to fix the harm that automobile traffic does to our world."

It isn't immediately clear how many people Rethinking The Automobile represents – a check of its website reveals that the organization was started by a self-described serial entrepreneur, Mark Gorton, who is an advocate for "livable streets."

One thing is clear, however – the CX-5 might be one of the most fuel-efficient crossovers on the market and it may be winning friends among reviewers, but clearly not everyone is pleased... at least with Mazda's marketing efforts. Click past the jump to watch the commercial in question.

NEW YORK, Feb. 28, 2012 /PRNewswire/ -- Rethinking the Automobile, a project of OpenPlans, announced a campaign today to protect the spirit and message of Dr. Seuss' acclaimed book "The Lorax" from crass commercialization.

Zozo, a Henson-created creature, dedicated to promoting smart transportation choices for a healthy world, was announced as the lead spokes-creature for the campaign. Zozo called on Mazda and Universal to pull their offensive ads that imply that The Lorax endorses an SUV.

Since the launch of the commercials, Lorax fans worldwide have been posting their disapproval online. Their posts share a common theme -- using the Lorax to sell automobiles is misleading to children and against the spirit of the original book.

"This advertising campaign goes directly against the message and spirit of The Lorax," said Zozo. "The Lorax speaks for the trees, not the SUVees! I urge Universal, Mazda and their partners to immediately remove from circulation any and all advertising that uses Dr. Seuss' character The Lorax to promote and sell Mazda automobiles."

Zozo advocates for smart transportation solutions including walking, biking, and transit so that kids can grow up in a world with safe, healthy, livable, walkable communities. Zozo works with kids to fix the harm that automobile traffic does to our world.

Zozo launched the campaign on behalf of millions of fans of the popular book, created a petition on Change.org and encourages people to sign that petition: http://www.change.org/petitions/mazda-stop-forcing-the-lorax-to-sell-dangerous-polluting-cars

About Zozo: Zozo is a Henson-created creature that educates children and their families about our built environment and the way it affects us. Zozo stands for greener living by encouraging active transportation like walking and biking and also the importance of sharing our ride to reduce our carbon output. He also helps children understand how changes in the streets such as bike lanes, pedestrian areas, better parks and room for transit can make a better city – and create a sustainable future.

About OpenPlans: OpenPlans is a 501(c)3 using technology to change the way that cities and citizens interact. We believe open source, open data, and sustainable mobility options can improve millions of lives. Visit us online at openplans.org. 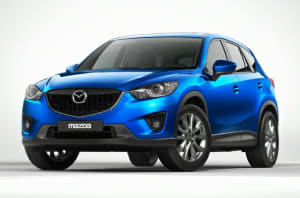