Jonathon Ramsey
Honda took a Mugen-powered Jazz (better known as the the Fit here in the U.S.), sent it to Italy to be engineered for rallying by JAS of Milan, then flew it to Australia to be prepared for Oz's 2012 rally series. Honda's been competing in the series with Civic Type R racers for the last two years, but this year, it decided to press the Fit into service for G2 class spec.

Up front is a 245-horsepower Mugen powerplant with 142 pound-feet of torque. Honda says this "may well be the fastest Jazz in the world," and it will start challenging the six rounds of this year's championship in March with driver Eli Evans and co-driver Glen Weston. You can read about it in the press release and watch it kick up dirt in the video after the jump.

Test from PressPLAY on Vimeo.


Show full PR text
The Fastest Jazz In The World?

Designed to G2 specifications, the new Jazz combine the very best in Australian and European engineering, with specifications found in many World Rally Championship cars.

The Mugen-tuned 2 litre engine delivers 183 kilowatts at 8500 RPM and 193 Newton metres of torque.

Honda will be entering a second driver combination alongside Eli Evans and Glen Weston, to be announced early next year.

Honda Australia spokesperson, Lindsay Smalley said the new cars could take Honda from challengers to champions. "We are excited about the next year of rallying. Racing is in Honda's DNA. These rally cars are modified with the best engineering from Australia and Europe. Fitted with Mugen engines, these may well be the fastest Jazz in the world!

"Honda is proud to continue its support of Australian rallying and we hope next season will be even better than the last. As our founder Mr. Honda said, if Honda does not race, there is no Honda," Mr. Smalley said.

Scott Pedder, CEO of the Bosch ARC welcomed Honda's expanded commitment to the Championship and congratulated the company on its initiative. "Honda has to be commended for leading the way and being the first to commit to the new formula.

"The Honda Civic Type R that Eli Evans and Glen Weston campaigned over the past two years has become a crowd favourite at rallies around the country, because of how exciting it looks on the stages and the great sound it makes. These new cars are going to look even better.

"The renderings of the new Honda Jazz G2 are very exciting and give a strong indication of how the new generation of two-wheel drive rally cars will look. I am sure they will fire the imagination of rally enthusiasts," Pedder said.

Six rounds will comprise the 2012 season, with a 'Rally Showcase' at Calder Park in Victoria to mark the start of the season in March. 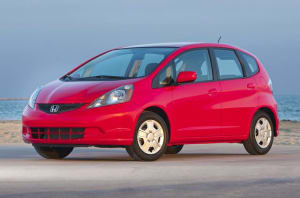