Any outfit with the cash can buy a Formula One team. Integrating it into an existing automaker, however, isn't an overnight proposition. Both Lotus and Caterham are currently undergoing that process, but so is Mercedes-Benz.

The German automaker bought out what was then the World Champion Brawn GP team (previously known as Honda and before that, as British American Racing) a couple of years ago as a standalone racing team, and has been bringing it into the corporate fold ever since. This year, the team previously known as Mercedes GP has been rebranded as Mercedes AMG (as was the division that produces its F1 engines). To drive the point home, the company's broadened performance arm launched two very different cars under the same banner in Barcelona this week.

The main event is W03, the new single-seater that Michael Schumacher and Nico Rosberg will be driving in the 2012 Formula One World Championship. Bound to the same new set of regulations as the other teams, the new Mercedes AMG W03 shares some of the same traits as the rest of the field – most notably the stepped nose section that Mercedes' PR team cleverly calls "distinctive." Since engine development remains frozen pending the launch of the new turbo six, the W03 is powered by the same FO108Z engine – all 2.4 liters and eight cylinders of it – as last year's car, and for that matter the latest McLaren and Force India challengers are, too.

While Daimler was at it, though, it has taken the opportunity to show off its new Mercedes-Benz SL63 AMG Roadster for the first time. Based on the SL-Class that debuted just two months ago at the Detroit Auto Show, the SL63 packs AMG's fast-becoming-ubiquitous M157 twin-turbo 5.5-liter V8 with 529 horsepower, but unburdened of 242 pounds of excess weight from the outgoing model (thanks primarily to the widespread use of aluminum and magnesium where the last model was made of steel), the new SL63 AMG can rocket from 0-62 mph in 4.3 seconds (4.2 with the optional AMG Performance Package) while returning 30 percent better fuel economy.

Check out our high-res galleries of both open-top Three-Pointed Stars and hop through to the jump to see some videos.

Mercedes-Benz this morning marked two world premieres at the Circuit de Catalunya in Barcelona, with the unveiling of the 2012 Silver Arrow, the MERCEDES AMG PETRONAS F1 W03, and the first public sneak preview of the brand-new Mercedes-Benz SL63 AMG. The new high-performance roadster, which develops 537 PS while delivering weight savings of 125 kg and 30% improved fuel economy, was introduced by Nico Rosberg and Michael Schumacher.

The new Silver Arrow, the F1 W03, has undergone an intensive programme of simulation testing at the team's technical bases in Brackley and Brixworth. This was followed by a filming day limited to 100 kms at Silverstone on 16 February, and a private test day in Barcelona on 19 February, during which the car ran for 354 km. Michael and Nico shared driving duties on both days.

The new car concept is based on a largely stable set of technical regulations, which nevertheless include two significant changes: revision of the maximum bodywork height at the front of the car, which encouraged the distinctive stepped-nose design; and new restrictions concerning the positioning of the exhausts, designed to prevent the aerodynamic benefit gained from exhaust gases during 2011, the so-called "blown diffuser".

The F1 W03 project was begun in May 2011 and is the first full car produced by a technical team that was strengthened last year with recruitments at every level of the organisation. The new car, which is composed of some 4500 parts compared to 4300 parts in 2011, has nevertheless achieved a lower core weight than its predecessor, is better packaged and more efficient. All mandatory FIA crash tests had been successfully completed at the first attempt by the end of the first week of January 2012.

"The F1 W03 is a car that I believe, and hope, our team can be proud of, and which will deliver the on-track results that everybody has worked so hard to achieve," commented Team Principal Ross Brawn. "Notwithstanding the distinctive nose design, which is certainly an acquired taste, the F1 W03 is an elegant interpretation of the current regulations, and a clear step forward over its predecessor in terms of detail design and sophistication. Last year, we produced a very bold car and, although its more radical elements didn't always deliver the results we had hoped for, the experience we gained has been invaluable to the design of the 2012 car. The F1 W03 is also a more integrated package, which reflects the ever-strengthening ties between our technical teams in Brackley and Brixworth, and demonstrates that our Silver Arrows works team is taking the next step forward in terms of on-track performance."

Nico, who drove the first laps in the F1 W03 on 16 February in Silverstone, commented: "We have had a good start to our 2012 testing programme, and it was a great feeling to drive the first laps in the new F1 W03. The car looks good, and is very nicely packaged under the bodywork – all the parts are in harmony, which reflects how well the different departments of our team are working together. From the beginning of our running, we have been able to focus on understanding the car and making good progress with our test programme. It will be very interesting to learn more about where we stand in the next few weeks."

Michael, who will complete the first full day of official testing with the new car today in Barcelona, commented: "I have done quite a few roll-outs and launches of new cars, but even after all these years, I must say it still feels special. Days like this are precious moments, as they are always filled with hope and anticipation. Already last week, when we were driving the F1 W03 for the very first time, it instantly gave us good feedback and sensations. Starting today, we will work intensively to make it a competitive runner. Obviously, we will only see over the next couple of weeks how big the step is that we have made, but I can say already that the guys and girls back in the factories at Brackley and Brixworth were brilliant in putting in so much effort, and we can only say a big thank you them. I know which reward they would like, and we will definitely try to deliver it. For my part, I am eager to fight again, looking forward to the new season, and I can't wait for it to begin."

Norbert Haug, Vice President, Mercedes-Benz Motorsport, concluded: "2012 will mark the third season for our Mercedes-Benz Silver Arrows works team, which was introduced in January 2010, and our target is to take a step forward in on-track performance. A lot of work has been done throughout the last year, not just to design the new car but also to build a technical organisation that is capable of delivering to its full potential, with consistency. Our ultimate goal is to become regular race winners and championship contenders, and so to write another chapter of success in the story of the Silver Arrows which began 78 years ago. Our target this year is to take another step forward on that road."

Following the car's launch this morning, the F1 W03 will complete eight full days of pre-season testing over the next two weeks at the Circuit de Catalunya in Barcelona. 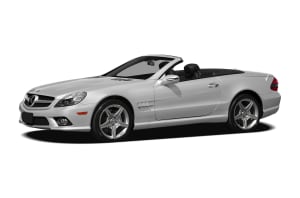