Jeff Sabatini
In crafting its Super Bowl strategy, BMW cribbed a page from the Suzuki playbook. (Have we ever been able to say that before?) The Bavarian brand will be airing two regional commercials on Sunday, one in New York and the other in the Los Angeles area, both promoting the new 2012 3 Series.

The east coast ad promotes the Bimmer's heated steering wheel, of all the mundane features. But the SoCal spot showing off BMW Connected Drive's e-mail-reading ability is pretty darn funny, even if it is stereotypical mother-in-law humor. BMW has also created four additional commercials that it says will soon be appearing online on streaming sites like Hulu.

What's most notable here is that in none of the clips do we actually see The Ultimate Driving Machine driving, though we do see kids, a dog and twin babies.

Click past the jump to see all the videos and read the press release.

Two Shorts to Appear in Ads During Super Bowl XLVI - One in the New York Tri-State Area, Another in the Southern California Los Angeles Region

Woodcliff Lake, NJ – February 2, 2012... BMW of North America today unveiled a series of six playful digital shorts as part of a new national advertising campaign in support of the launch of the all-new BMW 3 Series Sedan, which goes on sale February 11. Two of the shorts will also air in ads during Super Bowl XLVI: one entitled "The Big Grab," in the New York Tri-State area; and the second, "The Close Call," in the Southern California Los Angeles Region.

Created by Kirschenbaum, Bond, Senecal + Partners, the national program features a series of six 15 and 30 second digital shorts that playfully illustrate some of the many new technologies that have been integrated into the all-new BMW 3 Series. For example, "The Perfect Seat," illustrates how an odd couple - a driver and his much-taller companion - can share the driver's seat thanks to driver's seat memory.

Beginning Monday, February 7, select digital shorts will begin airing online at sites including NBC.com, ABC.com and Hulu. All of the content, including the Super Bowl spots "The Close Call" and "The Big Grab," where a heated steering wheel saves the day when a group of freezing friends hop into the car, can be viewed online at www.youtube.com/bmwusa.

"The BMW 3 Series is the global benchmark for a sports sedan," said Dan Creed, Vice President of Marketing, BMW of North America. "With these shorts, we turn a spotlight on the innovations that make the 3 Series the standard to which others aspire." 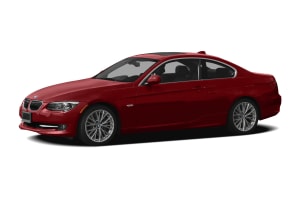