Hyundai's Elantra has been on fire, with sales up 41 percent last year. The compact sedan won North American Car of the Year in January, and the icing on the cake will be a new coupe bodystyle that will soon be landing at dealers. But all is not completely well, according to a report from Bloomberg.

Hyundai expects Elantra sales to run into a brick wall of limited production capacity, as the company's Montgomery, Alabama plant is already operating at 110 percent. The plant, which builds the Elantra and its big brother, the midsize Sonata, churned out 338,000 units in 2011. Hyundai sold over 186,000 Elantra models in the U.S. last year.

With Hyundai posting 20 percent overall sales growth in the U.S. in 2011, it clearly needs to address its capacity bottleneck. Speculation is building that the company will soon announce plans to build another North American assembly plant. 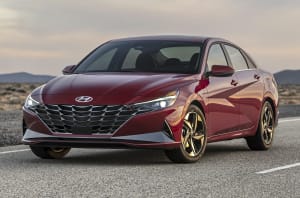 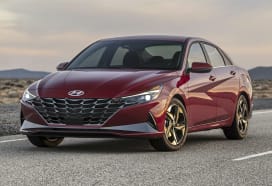