Watch this Audi transform into a moving picture show

Jeremy Korzeniewski
Though we still can't explain the technology, we're becoming big fans of projection mapping, as can also be seen in this video that has also been featured on these pages.

From what we can gather, a Russian marketing team called Radugadesign was behind this production, and we can only assume that a lot of hard work and some sinister numbers crunching from a swath of powerful computers and graphics cards went into its making.

As to why this presentation existed in the first place, we have no idea... other than some vague notion that it was produced for Marlboro. Yes, we're assuming it's the cigarette company. What Marlboro has to do with an Audi A7, we won't even attempt to explain.

In any case, we suggest you see the results for yourself in the video after the break. 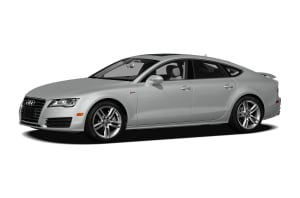