After spending the first half of December up in the San Fernando Vallery with Drew Phillips, our long-term Jetta TDI made its way back into my care for a holiday road trip from Los Angeles to San Francisco. Old Blue saw some great American icons on the trip, such as Alcatraz, Muir Woods, Sonoma Valley and the Golden Gate Bridge. Come to think of it, the Jetta and I have seen a lot of the country's splendor together. After all, my last run with the Volkswagen involved driving it 2,000 miles from Detroit to LA.

Since that long road trip in the Jetta this past summer, the interior seems to be more broken-in, though it isn't showing any noticeable signs of wear. That said, it still isn't a very pleasant place to be. I didn't love it on my cross-country journey a few months ago, and while it's more comfortable now that more butts have been in the driver's seat, there simply isn't anything to rave about.

Fuel economy, however, is as great as ever – I commonly see numbers over 40 mpg. The car's much-disliked gearbox is still tricky, and we broke a sweat trying not to stall while starting out on some of those steep San Francisco hills (especially when cars were behind us). But with some serious concentration, we managed with minimal problems.

All-in-all, the Jetta TDI continues to get the job done, though never quite in the refined manner that we're looking for. I've put thousands of miles on this Jetta TDI myself, but have yet to completely bond with it. 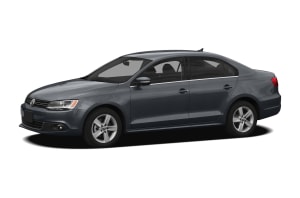