Mercedes-Benz's facelifted GLK snapped inside and out

Noah Joseph
The smallest member of the Mercedes-Benz utility vehicle range, the GLK-Class has only been on the market for a couple of years now. Hardly in need of an update, then, but that hasn't stopped the Silver Star automaker from working on a little refresh for the boxy little crossover.

We first saw spy shots of a facelifted GLK being tested way back in May, and now the prototype has reared its angular head once again, this time for cold-weather testing way up in the northern lands of Sweden.

The exterior is pretty much as expected: new bumper caps front and rear, with new lights at both ends as well, including LED daytime running lamps. But for the first time, we can now see the updated interior, which adopts some of the retro cues from the SLS AMG while moving the shifter (for better or worse) from the center console to a steering-column stalk. Take a closer look for yourself in the gallery to see what Benz has in store. 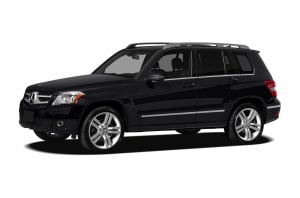