Mitsubishi i sales plan moved up in U.S., Mirage EV coming in 2013

Sebastian Blanco
Why wait? That's the question that Mitsubishi president Osamu Masuko doesn't want Americans asking when it comes to purchasing a brand new Mitsubishi i. Thus, he has reportedly moved the nationwide on-sale date for the better-than-you-thought i in the U.S. from the end of 2012 to the middle of next year. The first examples of the car will start deliveries in four rollout states (California, Oregon, Washington and Hawaii) in early 2012. The reason for the advanced roll-out schedule is that Mitsubishi dealers are clamoring for it, Masuko said during the Tokyo Motor Show. This is really no surprise, since Mitsubishi is promoting the car through Facebook and clever TV ads. Masuko also said that Mitsubishi will introduce a second small EV, this one based on the Mirage, to the U.S. in the middle of 2013.

Meanwhile, over in Norway, the round i-MiEV (as it is known overseas) is selling quite well, moving 1,000 units there. The minister of the environment (and development cooperation, he holds two posts), Erik Solheim said he believes that EVs offer a solution for "achieving a real reduction of emissions." He also said that he wanted to make "an extra big thank you" to the customers that asked for and purchased the electric cars, since what they want is more important than what either politicians or companies promote (all quotes from Google Translate). While not as noticed as other EVs, the i-MiEV is being tested and sold around the world, from Estonia to Thailand. 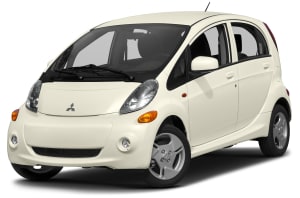