The New York Times reports that the National Highway Traffic Safety Administration has broadened its investigation into faulty transmissions used in the Saturn Aura. A total of nearly 89,000 vehicles are now being looked at, including 2007-2008 Auras and 2008 Saturn Aura Green Line hybrid models. Before the investigation's expansion, about 44,000 units from the 2007 model year were under scrutiny. Multiple crash incidents have been reported, and General Motors apparently says the problem is limited to four-speed automatic transmissions.

According to NHTSA, affected vehicles may not shift correctly, creating a mismatch between the gear selected and the shift lever. For instance, the transmission may stay in Drive, even when the gear lever is moved to the Park or Reverse position. This can lead to some potentially dangerous situations where a vehicle can roll or power away from an unsuspecting driver. The problem seems to be caused by deterioration of the shift cable jacket, which can even lead to a complete loss of shifting. 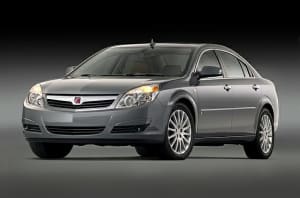