Jaguar has officially announced that the droptop counterpart to its new XKR-S will bow at the Los Angeles Auto Show next week. We've spied the XKR-S Convertible before, and aside from some minor tweaks to the suspension to keep the car from getting all wobbly after the roof was cut off, not much else is expected to change during the coupe-to-cabrio transformation.

The automaker has not released any details about the XKR-S Convertible at this time, stating only that it and the coupe represent the fastest and most powerful Jaguar automobiles ever created. We were pretty smitten with the hardtop variant when we drove it recently, so we're eager to see how the whole XKR-S experience changes with the wind in your hair.

Dr, Ralf Speth, CEO of Jaguar Land Rover commented: "Jaguar Land Rover is proud to be demonstrating for the U.S. market the latest design and technology advancements we have made with both brands, Our presence here reflects the fact that the U.S. is an important market for our global growth plans, and Southern California is a key region from a business and a global trends perspective."

Making its global debut at the Show will be the 550 PS XKR-S Convertible which joins the XKR-S Coupé as the fastest and most powerful production Jaguars ever created.

Land Rover, on the heels of the globally successful launch of the Range Rover Evoque, will be showcasing two design concepts, the DC100 (hard top) and DC100 Sport (open top) at the Show. The two concepts from Land Rover investigate the potential future design direction of the iconic Defender. The concepts capture the flexibility, adaptability and configurability that have always been key attributes of Land Rover and continue in today's Defender.

Following their initial global debuts at the Frankfurt Motor Show in September, the Jaguar C-X16 and Land Rover DC100 Sport were awarded top honours for Best in Show and Best Concept respectively by AutoWeek Magazine. The company will be getting feedback from show attendees on its Jaguar and Land Rover concepts for future consideration. 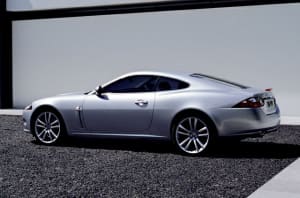