Zach Bowman
Those of us bumping around on the lower rungs of the socioeconomic ladder may still be waiting for wealth to trickle down from the Reagan years, but at least technology is becoming more accessible. Nissan has just announced that the lowly Rogue will be the first vehicle in its humble class to be available with the company's Around View monitor – a system that is typically found on high-end metal like the Infiniti QX56 and the BMW 7 Series. Using an array of small cameras positioned around the exterior of the vehicle, Around View provides the driver with composite video of the the vehicle's surroundings.

In our experience, the system is a huge help in tight parking areas as well as towing situations. Around View will be available on the 2012 Nissan Rogue SL, and the company is pitching the camera array as an alternative to self-park mechanisms on more expensive crossovers. We're not sure we'd go that far, but we are impressed that the tech has arrived on a more accessible model. Hit the jump for the full press release as well as a video demonstration of the system in action.

When it comes to favorite things to do in a car, parallel parking likely ranks right down there with mobile root canals. Until now. With the addition of the highly innovative Around View® Monitor to the 2012 Nissan Rogue, drivers can maneuver into parking spaces with more ease. Rogue is the first non-luxury vehicle in the United States to offer the unique Around View® Monitor feature, which is available as part of the optional Rogue SL Package.

"More driver's license tests have probably been failed due to the applicant's inability to parallel park than any other task," said Al Castignetti, vice president and general manager, Nissan Division, Nissan North America, Inc. "It's anxiety provoking at best, and risks damage to a vehicle and surrounding property at its worst. Around View® Monitor now comes to Rogue drivers' rescue."

Rogue's Around View® Monitor utilizes four small superwide-angle cameras – mounted on the front, side mirrors and rear of the vehicle – to provide a virtual 360° view of objects around the vehicle, helping the driver maneuver it in tight spots. The system converts image data taken by the four cameras to create and display the virtual image of the vehicle from above.

The system has been designed to be easy-to-see, easy-to-use and easy-to-understand. The virtual overhead view makes it easy for the driver to position the vehicle for parallel parking, with the front/rear view enabling the driver to simultaneously confirm the front or rear of the vehicle. When the transmission is shifted into drive from reverse the system automatically switches to the previous screen.

By displaying the rear view and front-side view simultaneously, the driver can easily confirm the two most worrisome areas; the rear and front passenger side of the vehicle.

Views shown on the split-screen display can be changed as desired through use of a button on the center console. For example, front and side or rear and side views can be shown together to help gauge the distance of the Rogue to the curb.

"Unlike complex systems that take complete control of the parking function, Rogue's Around View® Monitor allows the driver to remain in charge – with a heightened view of the vehicle's surroundings," said Castignetti. "It's amazing technology, an amazing innovation, and we're proud that Rogue is the first vehicle in its segment to offer it." 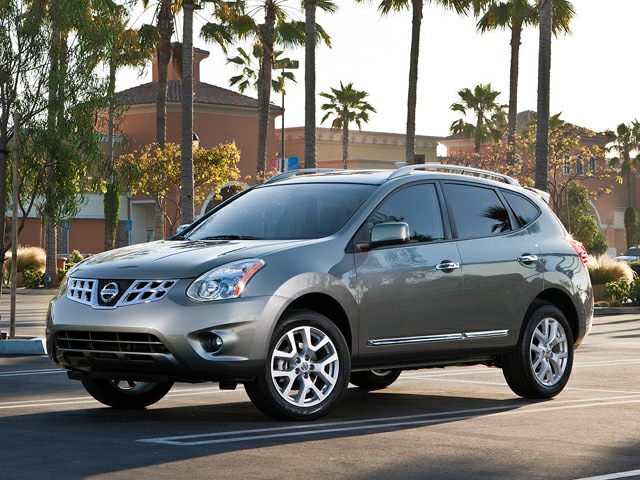 Acura Infotainment Review | Just give it some time