Noah Joseph
Most all-wheel-drive vehicles – say, a mass-market crossover like the Nissan Juke, for example – are fairly straightforward in their setup. With the engine and transmission up front, one driveshaft goes to the front wheels and another to the back. But that's not always the case with high-performance machines.

On the Nissan GT-R, for example, the engine is in the front and the gearbox is in the back. So a driveshaft goes aft from the engine to the transmission and the rear wheels, and another goes back to the front wheels where the power came from.

That's all well and good when you're designing a car from scratch to accommodate such a layout. But when it came to replacing the mechanical bits from the Juke with those of the GT-R, Nissan's team of crack engineers found there another challenge. (Not to mention the fact that the Juke's wheelbase is nearly a foot shorter than the GT-R's.) Follow the jump for the fifth (brief) episode in the Juke-R build series to see how they've managed. 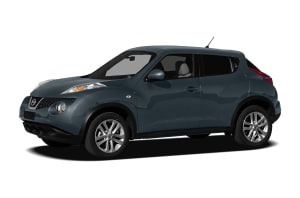