We've known for quite some time that Mercedes-Benz is prepping a hardcore AMG variant of its new-for-2012 M-Class crossover, and according to Car and Driver, it appears that the production model will debut next month at the Los Angeles Auto Show.

Aside from revised aesthetics and a spiffed-up interior, the big change for the 2012 ML63 AMG will likely be under the hood. As much as we love the naturally aspirated 6.2-liter V8 found in the outgoing model, we'd hardly be surprised to find Merc's new twin-turbocharged 5.5-liter V8 under the hood of the next ML63. Elsewhere in the automaker's lineup, this engine produces 518 horsepower (or 550 hp with the optional performance pack), so we'd expect a healthy increase versus the old ML63's 503 hp and 465 pound-feet of torque.

We'll have the full details live from Los Angeles in just a few weeks, if not sooner. 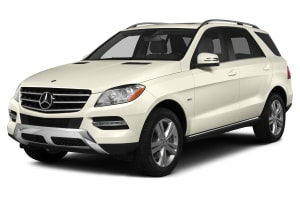