The 2012 Subaru Impreza is on its way to a dealership near you, and you can pick one up starting in November. Should you prefer to go with something wearing a WRX or STI badge, you don't have to wait, but you'll just have to be happy with the current version, as Subaru is reportedly holding off on bringing revised examples of the hi-po Impreza sedans and wagons to market.

According to Car and Driver, Subaru plans to continue building the same well-liked Impreza WRX and STI until the new cars are ready, likely in a couple of years. The idea is to allow the revised Impreza to gain some traction before launching the furiously fast versions. Hopefully, the lag time between models will give Subaru boffins time to produce models worthy of wearing those special badges. 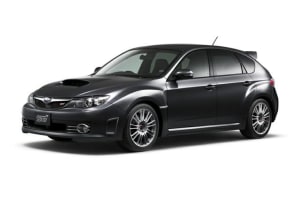