Vice President Joe Biden has held plenty of high-profile jobs in his lifetime, but at his core, he's a lot like any of us. That's because he's a die-hard auto enthusiast with a list of cars to back up his love of the auto.

Car and Driver recently sat down with the VP to talk cars, and it turns out that the life-long politician knows more than a thing or two about autos. Biden, the son of a car salesman, still owns a Goodwood-green 1967 Corvette 327 that he appears to be quite fond of. Unfortunately, the Secret Service won't let him drive that dreamy Vette; something that Biden says he hates about his job. The VP also talks about his brother's CTS-V, of which he says he jumped in and laid down some serious rubber while in his driveway. Sounds like something we would do if we had a 1,700-foot driveway.

Biden went on to defend the bailout of GM and Chrysler, and talked up Uncle Sam's $ 2 billion in battery technology investments. In fact, Biden claims that in 10 years, batteries will be able to propel a vehicle for 1,000 miles, while weighing as little as a tenth of today's lithium ion batteries. Sounds good to us. Head over to C/D to read the entire interview. Interesting stuff. 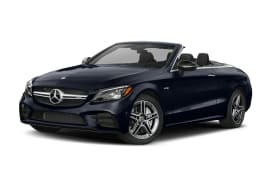