Toyota is allowing its North American teams a bit more freedom to build cars that best suit the market in which they work. Earlier in the year, Toyota announced that American designers would be more keyed in to model development, and now comes word that the automaker will no longer be importing Japanese-built Camry sedans into our market. Instead, starting with the 2012 Camry, the popular mid-size sedan will be built Stateside.

Toyota aims to sell 360,000 examples of the Camry per year. In order to produce enough units, Toyota will build the car at both its Georgetown, Kentucky plant and Subaru's assembly facility in Indiana. By building the Camry in the U.S., the automaker will be attempting to offset losses through dollar-yen exchange rates while also providing a boost to local production facilities. 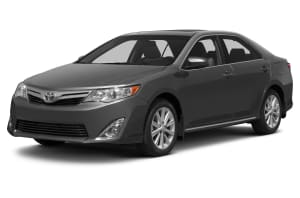