Noah Joseph
Chrysler had a real hit on its hands (at least initially) when it launched the Neon in 1994. And though it was plagued by early quality issues, it actually had a waiting list to buy one when it first came out. The Caliber, however, has been less of a market success.

In replacing the ubiquitous Neon in 2006, Dodge went with a pseudo-SUV shape to create a more rugged aesthetic on the Caliber. Quality, unfortunately, wasn't much better, and the slushy CVT and interior were widely panned – attributes which, as we found in our recent test drive, were enough to keep the Caliber from being a real success.

Now, five years after its launch, a new report from Allpar says that the Pentastar's econo-ute won't see another new year. The model, according to reports, will be phased out by the end of November. Its replacement is widely expected to come from Fiat underpinnings, but whether that will come in time for the Caliber's discontinuation – or for that matter, beat its nagging deficiencies – remains to be seen. 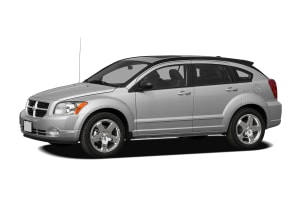