Land Rover has been cranking out the luxurious yet still-capable Range Rover since 1970, and over the last 41 years, the iconic vehicle has seen its design dramatically altered just three times. We're not expecting the next generation Range Rover to rock the boat stylistically, but we think you should be ready for a fresh look in the very near future.

Our spy photographers captured the 2013 Range Rover in a rather unlikely place. Seen roaming around the 'Ring, this camo-clad beast shows off little in the way of future design language. We wouldn't be surprised, however, if touches of the all-new Evoque find their way up the family tree. Hopefully, the high-speed testing continues for a few weeks and those camouflage layers begin to peel off so we can see exactly what's going on underneath. 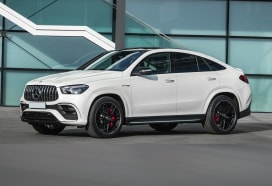