Aaron Richardson
Having a 2011 Chevrolet Camaro SS stuffed with a 426-horsepower V8, six gears and the rear wheels doing the pushing is reason enough for anyone to want to get a little sideways. Trouble is, letting the tail hang in your 5th-gen Camaro could get pretty uncomfortable.

During a drifting session in a parking lot at Michigan's Milan Raceway, Paul Beiswenger of Lopez Tire and A&D Autosport managed to deploy the car's side curtain airbags, apparently spontaneously. Beiswenger was fine, but his female passenger suffered minor burns on her right arm. The solution? Cut the airbags down and keep going. We love it.

General Motors' take? The incident is an indication that the system is working as it should. GM spokesman Alan Adler said the car is designed to "predict" an imminent rollover and deploy the curtain airbags proactively. That's a brilliant feature if you're indeed on your way through the spin cycle, but as you can see, it isn't exactly conducive to hooning. Video's posted after the jump. 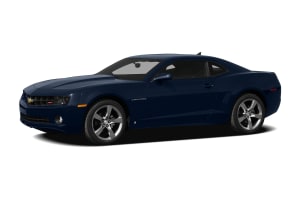