Aaron Richardson
At the end of 2011, the Mazda RX-8 rotary-powered sport coupe/sedan will cease to exist in new-car showrooms. With it, the mass-produced rotary engine will take another hiatus. The original plan was to have the Renesis, the world's only mass-produced rotary, come back maybe as early as 2017 in a new sports car. In fact, we just heard reports that Mazda's rotor-obsessed gearhead engineers were still manning the program, albeit at a reduced pace.

According to Wards Auto, though, that plan may soon go south thanks to a weakened Japanese economy. The Renesis program is reportedly at the top of the list of programs to kill, and development on a new rotary has supposedly been halted for now. Mazda hopes it will be able to pick up its work in rotaries again sometime in the future, but the piston-free mills also have fuel economy and emissions woes to contend with, which may dampen their chances even further.

So, where does the truth ultimately lie? Our guess is that it would take a lot to get Mazda to abandon its rotary program entirely, considering how much history the Japanese automaker has tied up in the Wankel. That said, unless major inroads are made in efficiency, future rotary applications my be extremely few and far between... and a revival of the iconic RX line may never come to fruition.

Until we hear any official word from Mazda, you can find us in the corner crossing our fingers at 9,000 rpm. 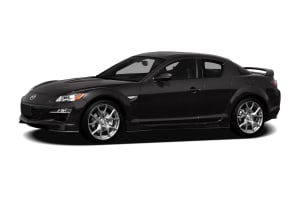