Autoblog Staff
With the Toyota Prius plug-in set to launch in early 2012, now's the perfect time to dive into the interim results from the cars' trials in London. Here are some details straight from Toyota:
Working in partnership with EDF Energy, Toyota leased 20 third-generation Prius plug-ins to London-based businesses and organizations to monitor vehicle performance and recharging patterns. Details of journey times, speeds, distances, fuel usage and recharging habits have been logged and analyzed to compile useable data. The three-year trial kicked off last summer, meaning that these interim results are from less than one year of real-world use.
Show full PR text
PLUG-IN HYBRID ELECTRIC VEHICLES POST POSITIVE RESULTS IN TOYOTA AND EDF ENERGY LONDON LEASING PROGRAMME

At the same time, the car's easy-to-drive character and its ability to cover long distance trips is being appreciated by the fleet operators taking part in the programme.

Working in partnership with EDF Energy, the UK's largest producer of low carbon electricity, Toyota has leased 20 PHEVs to London-based businesses and organisations to monitor both vehicle performance and recharging patterns. Based on the third-generation Prius, the PHEV is equipped with a lithium-ion battery that lets the car be driven for longer distances and at higher speeds on electric power alone. Battery charge can be topped up simply by plugging the car into a dedicated electricity supply at the driver's workplace, on-street charging point or home.

Interim data findings
Details of journey times, speeds and distances, fuel usage and vehicle recharging have been logged since the three-year demonstration began last summer. Information gathered so far in the UK shows that:

■Average journey distance has been 7.3 miles, with 59 per cent of all journeys covering between 3.1 and 12.4 miles
■Average speed has been 17.7mph, with 69 per cent of journeys at speeds less than 18.6mph
■Initial fuel consumption data indicate performance is 27 per cent better than an equivalent diesel*
■Average recharging time is 72 minutes
■Where drivers have access to a domestic charge point, more frequent recharging occurs

These results show that PHEV's performance is well-suited to the demands of urban driving: the car is capable of running for up to 12.5 miles solely on its electric motor in EV mode – battery charge and road conditions permitting – at speeds up to 62mph. This means it can accomplish the great majority of typical urban journeys with zero petrol consumption and tailpipe emissions.

Furthermore, should the battery charge be used up in the course of a journey, or before a recharging opportunity, PHEV will seamlessly switch to power from its full hybrid system, which includes a 1.8-litre VVT-i petrol engine. This means the driver need suffer no "range anxiety" about the distance the car can cover.

User perceptions of the PHEV are also being monitored through regular interviews with drivers conducted and analysed by Oxford Brooks University. Feedback received so far shows a very positive response to the car and its performance, and to the procedure and equipment used for charging.

Pan-European results
The experience already gained from the London demonstration supports the positive results Toyota is witnessing with its PHEV demonstration programmes with 200 cars in 18 countries across Europe, including a large-scale project with EDF involving 100 PHEVs in the French city of Strasbourg.

The results show that PHEV's 12.5-mile (20km) EV range is sufficient to cover most day-to-day travel needs of the drivers taking part in the programme – the average European journey distance is 8.2 miles (13.2km), and two thirds of all journeys are of less than 12.5 miles.

Twenty-two per cent of drivers have even been able to drive further than the official 12.5-mile range in EV mode.

Electric-powered driving so far has accounted for one third of all miles driven in the PHEV demonstration.

Initial results reveal different approaches to recharging across the vehicle operators taking part in the programme, with dedicated drivers recharging most frequently and therefore maximising the low carbon and cost mileage benefits.

The results of the trial have informed the development of EDF Energy's latest recharging product, EcoRecharge. This features an intelligent timer to enable easy off-peak recharging, and a smart meter to provide customers with statements on their vehicle's carbon and electricity consumption. EDF Energy's low carbon charge point package means households with a plug-in vehicle can save money by receiving 20 per cent cheaper electricity during evenings and weekends with its Eco 20:20 tariff.

Executive comments
Jon Williams, Toyota GB Managing Director, said: "What we have witnessed so far in London, and in similar demonstrations across Europe, is hugely encouraging. It shows that Toyota's plug-in hybrid electric technology has real value in the urban environment in reducing emissions and fuel consumption, while still giving drivers the freedom to cover much greater distances thanks to the full hybrid system. This bodes well for our anticipated market introduction of Prius Plug-in Hybrid from 2012.

"We are proud of our environmental leadership in developing new technologies to deliver sustainable mobility and we are confident that PHEV will further demonstrate the real-world benefits in low emissions and fuel efficiency that can be gained from hybrid, the core technology in our global strategy."

Eric Salomon, Energy Field Services Director at EDF Energy, said: "This programme has provided valuable learning and insight into charging behaviour patterns and requirements for PHEVs. This real world test of fleet charging infrastructure has been fundamental to the development of EDF Energy's recharging packages which meet the needs of our customers and deliver low carbon electricity for electric motoring."

The London leasing demonstration is part of the Technology Strategy Board's Ultra Low Carbon Vehicle Demonstrator Programme and benefits from funding support from the UK Government through the Office for Low Emission Vehicles (OLEV). Michael Hurwitz, OLEV Director, said, "As a country determined to be at the global forefront of ultra-low emission motoring, the UK values the demonstration of the Prius Plug-in Hybrid very highly. These interim results provide encouraging early insights into how this exciting technology is used in the real world, and future recharging requirements.

"We look forward to working closely with Toyota and EDF Energy as the ultra-low emission vehicles market grows and these vehicles become commonplace on our roads."

End-user comments
Speaking on behalf of Transport for London, one of the organisations taking part in the demonstration programme, Mike Weston, Director of Operations said: "We are working hard to reduce the environmental impact of our support fleet and are currently using of a range of electric and plug-in hybrid vehicles including the Prius Plug-in Hybrid. These vehicles help to reduce CO2 emissions and improve London's air quality. With the launch of the Source London network of electric vehicle charge points I'm certain that even more drivers will also choose electric or plug-in hybrid vehicles."

Conclusion
The on-going data collection continues to provide Toyota and EDF Energy with a great resource for learning more about the priorities and preferences of end users, both in terms of how they use their vehicle and their recharging requirements. Together with experience and information gained from other demonstrations in Europe, this will enable an effective strategy to be prepared for designing and marketing a full production PHEV and for shaping and introducing the most effective charging opportunities and infrastructure to promote low carbon energy usage. 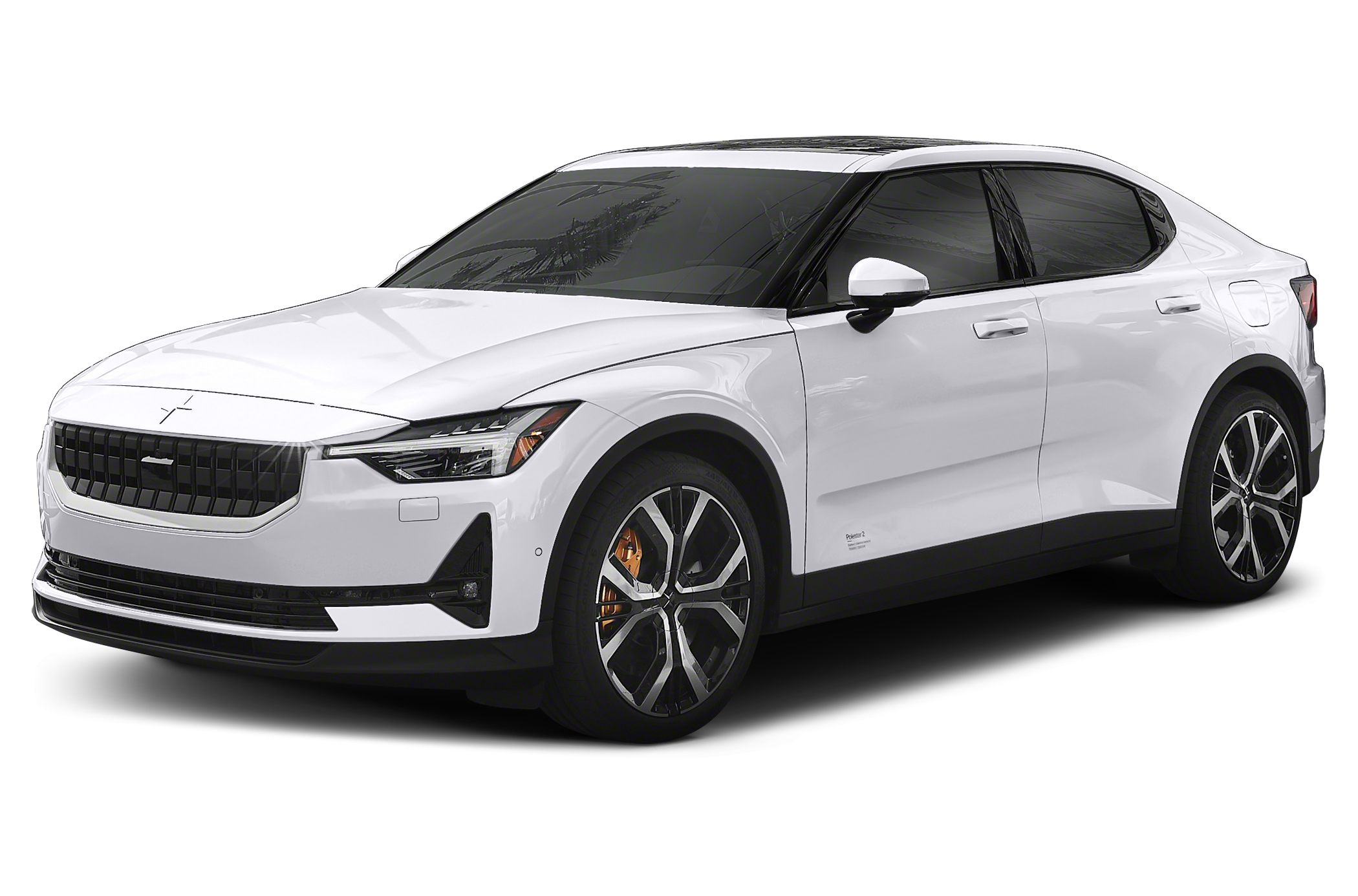 $1,170 - $1,536 Nat'l avg. savings off MSRP
See Local Pricing
I'm not in the market for a vehicle at this time. Please move this suggestion to the side for 30 days.
Huge Savings