Kia is putting some distance between itself and the racy ads for the company's dual-zone climate control on the Sportage. According to the automaker, the sultry print ads were penned by the Brazilian ad agency Moma. Apparently, Kia Motors America has no business relationship with the company and didn't approve the print ads in any way. The manufacturer called the clever spots "undoubtedly inappropriate" in a short release. Despite disavowing any association with the marketing company that created the spots, the KMA statement goes on to apologize to anyone who may have been offended by the materials.

The ads featured children's tales in two temperatures, with a safe, cool telling of the stories in the left panels, and a more heated variant to the right. You can check them out for yourself in the gallery below. The art was reportedly displayed at a festival in Cannes, though we wouldn't expect to see them resurface stateside anytime soon. Hit the jump to read KMA's official statement on the ads.
Show full PR text
Kia Motors America Statement Regarding Inappropriate Advertising Material From Brazil

IRVINE, Calif., June 24, 2011 - Kia Motors America (KMA) has become aware of an offensive piece of advertising material that was created by an ad agency in Brazil that KMA has no business relationship with and has never worked with. This ad was not created in the U.S. by Kia Motors America or any of its marketing partners and does not reflect the opinions or values of KMA or Kia Motors Corporation. The ad is undoubtedly inappropriate, and on behalf of Kia Motors we apologize to those who have been offended by it. We can guarantee this advertisement has never and will never be used in any form in the United States, and our global headquarters in Seoul, South Korea is addressing the issue with the independent Brazilian distributor. 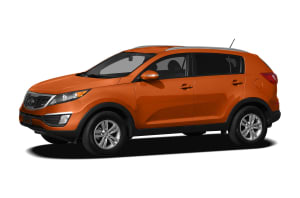