Chris Shunk
The Center for Auto Safety doesn't often make national news, but demanding that the National Highway Traffic Safety Administration recall 2.2 million Jeep Grand Cherokee models tends to change things. The safety-minded organization claims that the 1993 through 2004 Grand Cherokee "is the most dangerous vehicle on the road today" due to a supposed defective fuel tank design.

The tank in question is located behind the rear axle, which reportedly makes the tank more apt to puncture in the event of a rear-end accident. And when gas tanks rupture, they tend to burst into flames. In fact, The Center for Auto Safety claims that 55 people have died in crashes with severe fires.

That's not a very good statistic for Chrysler, but the automaker reportedly told ABC News that rear-impact accidents that lead to a fire are rare, and no different than other models in the same class as the Grand Cherokee. Chrysler ended up moving the gas tank of the Grand Cherokee to the front of the rear rear axle, but the automaker claims the move was made to make more room for cargo and not because of any safety concerns. 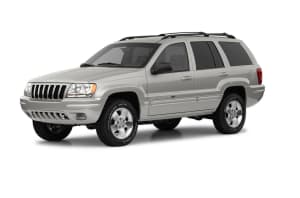