AutoAlliance International is located in Flat Rock, Michigan, and the factory serves as a joint-venture assembly plant for Ford and Mazda. The Blue Oval builds the Mustang, while its Japanese partner churns out the Mazda6. There seems to be a problem, though – at least on Mazda's end of the partnership.

Japan Broadcasting Corporation (NHK), is reporting that Mazda is looking to get out of the venture. According to the report, the automaker will remove itself from the partnership by as early as 2013, sending Mazda6 production back to its Yamaguchi prefecture facilities in Japan. Mazda's profits are understood to be hurting due to the yen-dollar exchange rate, and the Mazda6's less-than-stellar sales volumes in the States can't be helping, either.

Both Ford and Mazda are dismissing the report as speculative, but Mazda admits it has been discussing "future plans" for the facility. 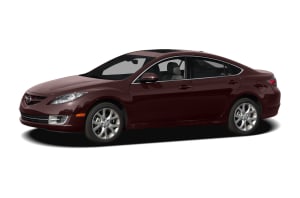