On the heels of its official unveiling, Mercedes-Benz has dropped a video of the 2012 SLS AMG Roadster in its natural habitat. Let the ogling begin. If you were floored by the still shots of the latest confection from AMG, the video will leave you gibbering lump.

Though the Roadster loses the coupe's iconic gullwing doors, it keeps its performance credentials and only gains a scant 88 pounds. Power doesn't budge, but somehow Mercedes claims the topless SLS is quicker than the coupe to 60 by one hundredth of a second. That isn't much, but quicker is quicker. To see the newest SLS in action, click past the jump. 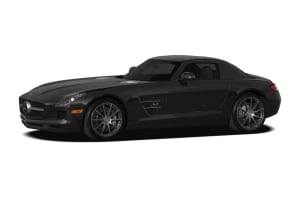