Chris Shunk
Thanks to Toyota's recent throttle and floor mat recalls, the term "unintended acceleration" has forever been etched into our minds. Automotive News reports that an investigation of the Ford Freestyle by the National Highway Traffic Safety Administration could introduce us to "unintended lunging."

The NHTSA investigation arrives in the wake of a reported 238 complaints of Freestyle models that can lunge forward at low speeds when the driver isn't using the accelerator pedal. The vehicles in question are 170,000 examples of the 2005 to 2007 Freestyle.

NHTSA claims that 18 crashes have been attributed to the alleged defect, and one minor injury, a bruised knee, has been reported. The government agency says that the "lunge" is up to 10 feet in length either forward or in reverse, though applying the brakes will bring the vehicle to a halt. Ford says it will fully cooperate with NHTSA's investigation. 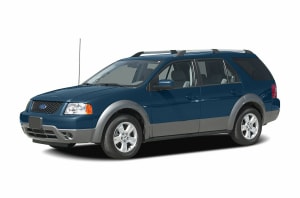