Other than the temporary shut down of General Motors' Shreveport, Louisiana plant and the loss of some paint colors, domestic automakers haven't yet felt the brunt of parts shortages due to the March 11 earthquake in Japan. According to a report from The Detroit Free Press, that changes shortly for Chrysler. Spokeswoman Jodi Tinson tells the Freep that three plants will idle earlier than expected in an effort to "conserve parts from suppliers impacted by the situation in Japan."

A fourth facility in Saltillo, Mexico, which builds Ram models from the base 1500 through the heavy-duty 5500, will also lose overtime on May 20, May 27, June 10 and June 24. In a move that is likely to annoy the United Auto Workers, Chrysler is also dropping the plants' planned week of downtime.

At this point, it is unclear if Chrysler will endure more downtime as a result of parts shortages, but it appears that Team Pentastar has more than enough supplies of key vehicles to keep dealers happy for weeks if problems persist. 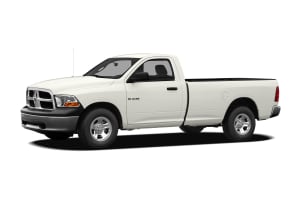