Never Green: Does My Car Decompose? 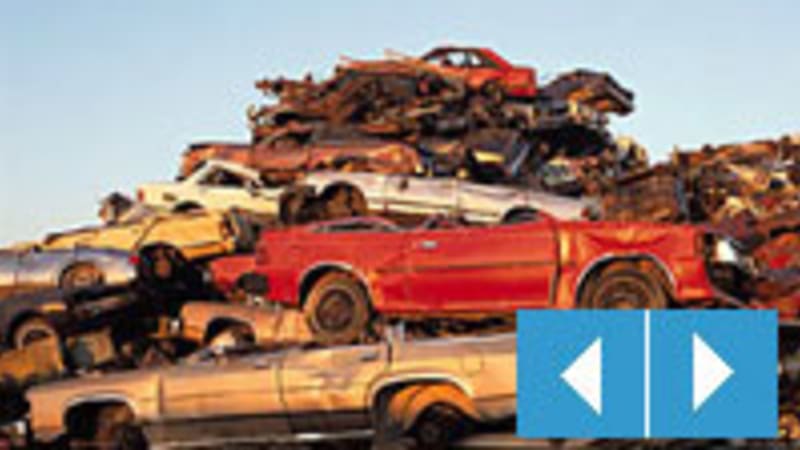 A few things will be obvious to the archaeologist who chances upon your car in their excavations of some long-forgotten junkyard centuries from now: Plastics are eternal and metals return to dust. On an historical time scale, the very soul of your car -- its engines, chassis and sheet metal -- are gone before you know it.

In the recent book, "World Without Us," author Alan Weisman documents what would happen to the structures of civilization if humans suddenly disappeared. Whatever the grandeur of their architecture, buildings collapse, trees grow out of the cracks in the streets and sidewalk, and concrete crumbles.

See The List: How Long Do Car Parts Last?

Cars face the same fate, or at least parts of them. The sheet metal would be among the first to go, reducing the vehicle's smooth exterior and flowing lines to wisps of iron oxides and robbing the vehicle of its most durable emotional connection to drivers -- its design. Anyone who has ever seen a rural automotive graveyard can attest to the harsh treatment that the elements mete out to cars. You can still find intact sheet metal on cars 50 years old, but if they are much older than that you are lucky to even see its outline.

Other parts -- the plastics -- are built to last, as the saying goes, although not in the sense that automakers intend in their commercials. To an Indiana Jones of the future, the remains of your car would look mostly like an assortment of incomprehensible plastic parts strewn across the stratum associated with our century. Envision a museum with a first-rate collection of polycarbonate headlamps and taillights, polyvinylchloride dashboards, and skinless polyurethane cushions (The consensus is that most plastics will last up to 1,000 years). And with CD-ROM images probably lasting no more than 200 years in the world's data libraries, he might have a pretty hard time even looking up what the rest of the car was like.

Here is a look at seven common car parts and how long they would last if they -- like perhaps as many as one in twenty cars today -- aren't recycled properly and are allowed to return to nature.

See the list: How Long Do Car Parts Last?